Ken White and Sarah Priest are clearly hooked on raptors, hence the title of their programme. Within a few minutes of donning our binoculars, it seemed that they had rounded up seven suitable eccentrics to join them. We hadn’t been off the plane for an hour and we were already communicating in a birder’s patois which would have out-foxed any sane sun-seeking Brit tourist looking for the beach. 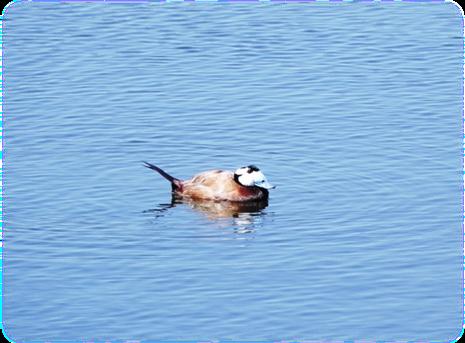 There was just so much happening that communications short-cuts seemed in order. Standing in the middle of a desperate little remnant of marsh within the creeping Costa construction, nine members of BOC had got straight into a mode of enthusiasm and cooperation which would have won us any bird race. Apart from the leaders, there were Ros Hardie, Richard Stansfield, Ishmael Hazari, Ken Bradley, Chris Munford, Mary and me, all of us raring for more of Andalucia. That afternoon spent at the Guadalhorce Reserve was kiddies-in- the-sweet-shop stuff, as Stilts, Curlew Sandpipers, Wood Sandpipers, a Purple Heron, two immature Flamingos, Swallowtail butterflies, and so much more, set us up for the rest of the week in a big way.

Next morning we saw our first incoming Booted Eagle from Punta del Carnero. An hour later we pulled in to watch a horde of invading Griffon Vultures and a Short-toed Eagle play “hide behind the hill”. When one of the “Griffs” soared down to check us out, the “wow factor” really came into play! If the Hampshire White-tailed Eagle was a barn door, this chap was the barn! 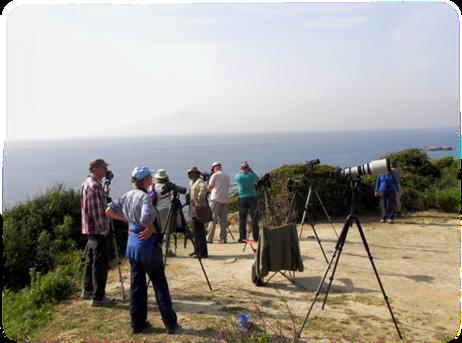 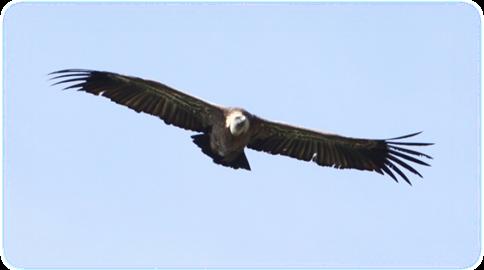 “Three Griffs off the head!” “Monty’s coming up the valley!” “Egyptian to the left!”

The strong easterly wind was not helping the birds to make the crossing: a string of Black Kites straggled wearily up the valley and we watched in awe as a distant flock of thirty precious Black Storks struggled against an invisible force which threatened to send them in pursuit of Columbus – into the ocean blue! There is nothing beyond, the Romans had said on the nearby Pillars of Hercules, and that would have been true for any weak migrants in that wind. 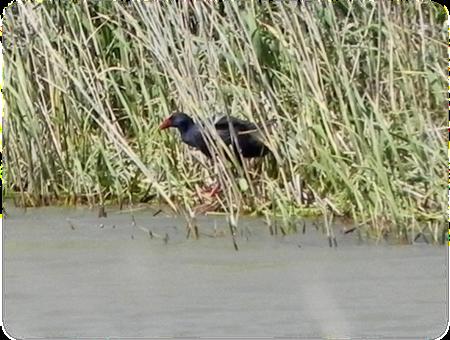 In late afternoon, the farmland of La Janda, was dotted with White Storks, Cattle Egrets and “real” Red-legged Partridges. The skyline was frequently broken by Montagu’s Harriers and, once, by a flock of Collared Pratincoles. Purple Swamp-hens were in the gullies and, and on higher land, we found Little Owl, and Woodchat Shrikes.

The next morning it was all rock and roll on the heights of El Torcal near Antequera: Rock Bunting, Rock Sparrow, Blue Rock Thrush, Crag Martin, Alpine Swift, Subalpine Warbler… (The roll, by the way, was in the picnic.) Thekla Lark was a nice find, but a Melodious Warbler was a real surprise. Then off for a spot of culture, with an afternoon spent admiring the exquisite gardens and the view at the Alhambra in Granada: a Firecrest for some here, and a nesting pair of Lesser Kestrels, not forgetting the snow-covered Sierra Nevada behind and an evening visit to the exquisite palace interior. That was a long day, since it was after one a.m. when we got back. 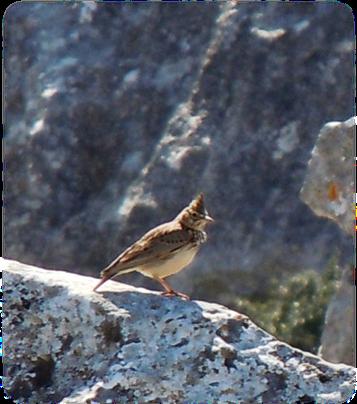 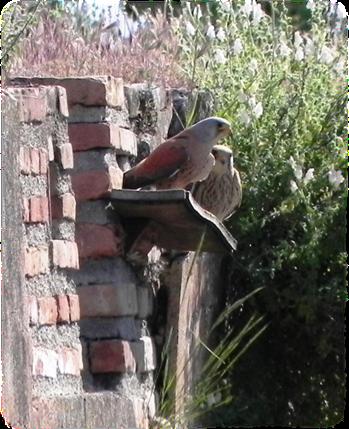 The fourth day brought more rocky crags, this time beyond Ronda, with Choughs and Black Wheatear, and the first passionate discussion about the fine details of the two Short-toed Lark species. But it was the Lagunas – Dolce and Fuente de Piedra – which indulged us most. Over sandwiches we located a Black Tern among the many Whiskered Terns, enjoyed a fly-through of Gull-billed Terns, spotted a Little Gull, counted about twenty Black-necked Grebes, and admired the flight of several adult Flamingos. At the larger lake a few miles on, more than a few hundred gorgeous Flamingos mingled with a variety of waders, including about twenty Little Stints. This was a busy, surfeit of water birds set against a sparkling, windy mass of blue water – and our first Glossy Ibis overhead. 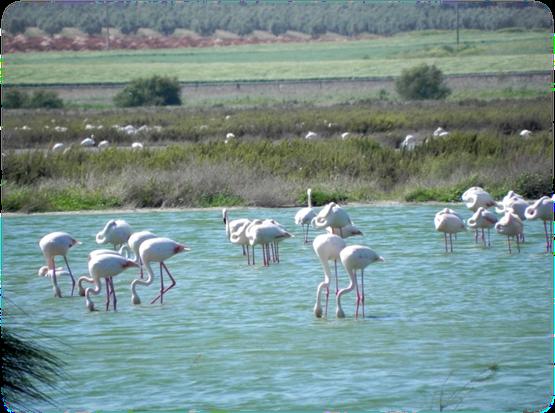 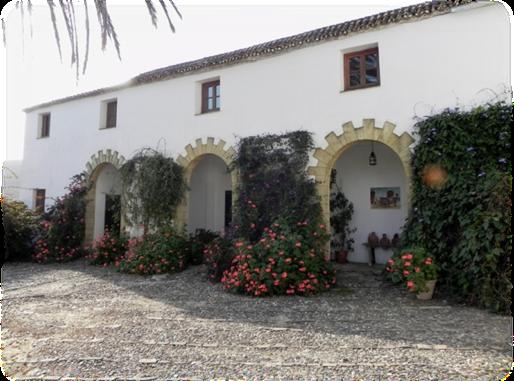 El Papudo, our delightful first guest-house, was situated on a hillside above a citrus orchard. In the shrubs of its walled garden sang Nightingales, Serins and Sardinian Warblers. A dawn outing to the hillside above brought an assortment of songs, with Bee-eaters and a handsome Whinchat.

We were moving further west that day to a new base near Barbate. A stop at a coastal cafe allowed us to sea-watch as we drank coffee: some Sandwich Terns, yes, but Balearic Shearwaters and distant Scopoli’s Shearwaters were the real bonus here! 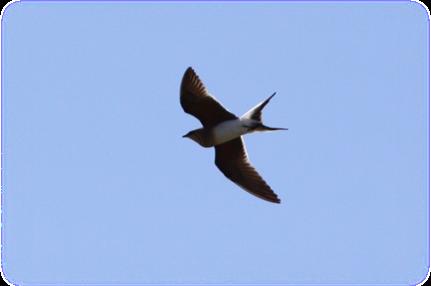 The Barbate marshes looked a bit raw, with un-vegetated new profiling work, but there were several small waders – Little Stints and Kentish Plovers among them – as well as our first Spoonbill, and a riot of wonderful wild flowers around the margins, among which a Short-toed Lark fed. There were more Pratincoles here too, but a small host of Calandra Larks became our major entertainment, as their impressive black wings carried them up into the sun. 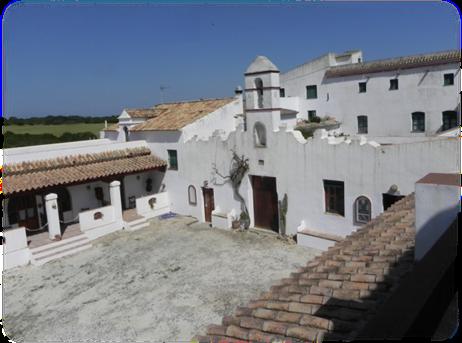 Later that afternoon we arrived at El Palomar de Breña, an 18th Century hacienda-turned-hotel, with a facade and courtyard straight out of a spaghetti western. It boasted the largest dovecote ever built, which now housed several Lesser Kestrels and a pair of Little Owls. As we walked back to the nearby forest of Umbrella Pines to look for more birds, an Osprey cruised in from the sea and over our heads. We found Short-toed Treecreeper, Redstart, Cirl Buntings etc., but most importantly a definitive example of Lesser Short-toed Lark to settle any doubts once and for all.

Our final full day was spent on the marshes near Sanlucar, the junior branch of the celebrated Doñana delta of the Guadalquivir. This smaller reserve was still an impressively huge area of grassland and marsh, seething with a feast of birds. Our entree was Glossy Ibis and Night-Herons, with a main course of Marbled Duck, Red Crested Pochard and Little Tern, plus dessert of Slender-billed Gulls. Side dishes were Iberian Yellow Wagtails, flocks of small larks, and assorted waders too numerous to list -and, by the way, hundreds more Flamingos. An incoming flock of Black Kites brought with them our one Red Kite. A Griffon Vulture at rest on a field was an impressive sight. The strong east wind at the estuary of the Guadalquivir was redolent of the voyages of exploration which once departed from nearby Cadiz and from up-stream Seville,

Then it was homewards, via a morning in the Sierras looking (in vain) for nesting Bonelli’s Eagles on another giddy crag. A few good bird sightings, including another Booted Eagle, were almost eclipsed by the sight of a small herd of Spanish Ibex, complete with tiny kids, clambering over the precipitous cliff, a sight which I would not have missed for anything. 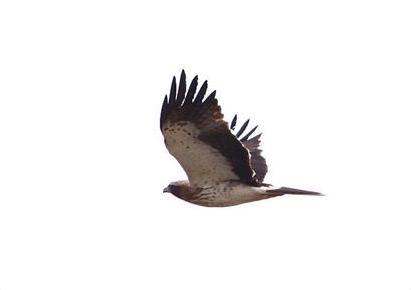 But we had a date with Easyjet at Malaga. My last impression of the birds of Andalucia was of the “Zit! Zit!” calls of a displaying Zitting Cisticola over the car-hire yard. What a daft name that is!And what of the non-birding aspects? Most of all we had enjoyed each others’ company, seen a lot, and learned a lot. We had had some great evening meals in Tarifa and in the crag-side village of Benarraba, which more than off-set a couple of less-satisfying experiences. The Cortijo el Papudo guest-house was perfection, while La Palomar had both character and quirks.

The main objectives of the trip had certainly been fulfilled: we had enjoyed a range of experiences and habitats, and, in spite of the adverse winds, we had seen some impressive examples of visible migration. Having family to visit in Australia and Canada, Mary and I have had little birding experience in the Mediterranean, so there were a couple of dozen new birds on our list, and there were “rarity moments” for even Ken and Sarah, so it had been a very successful trip. We had a collective list of over 140 species, which included thirteen raptor species, Europe’s two rarest ducks, and one of the rare gulls. 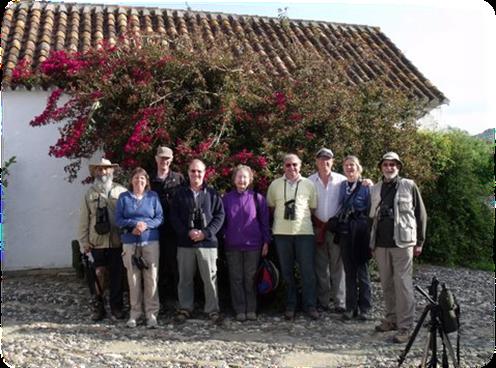 The great success of the trip was primarily due to Ken and Sarah’s impeccable organisation, to their un-shakeable good nature and consideration, and not least to Ken’s endurance behind the wheel. The rest belongs to our companions, who were great to be with.

(Group shot courtesy of Sarah, flight shots by Ken, Thekla Lark by Mary, others by Ray).

This was the first overseas trip of recent years to be organised under the BOC flag. Ken and Sarah are currently planning three more such trips over the next eighteen months, which will be fully integrated into our excursions programme. Keep an eye on your BOC programme, as places will be limited. The trip fee covered flight, minibus costs, and accommodation (single occupancy a bit more). We found it to be excellent value for money. Personal insurance was extra. We budgeted 30 Euros pp a day for meals etc., which was adequate. By general consensus, we shared all evening meal and drink costs equally, regardless of choices, since that saved everyone a lot of calculations and hassle at the end of a busy day.