Despite a rather poor weather forecast the rearranged ringing demonstration given by Tim Ball on 8th November was a great success – this is his report together with a few photographs:

12-15 visitors came to Padworth Common for the mist netting and ringing demonstration and seemed to enjoy it and find it interesting. Overall 49 birds of 8 species were caught. A Marsh Tit attracted quite a bit of attention given recent discussions about distinguishing them from Willow Tits, it showed all the classic in-hand features and even had visible unmoulted greater coverts allowing it to be easily aged as a juvenile.

The retraps including some quite interesting birds: 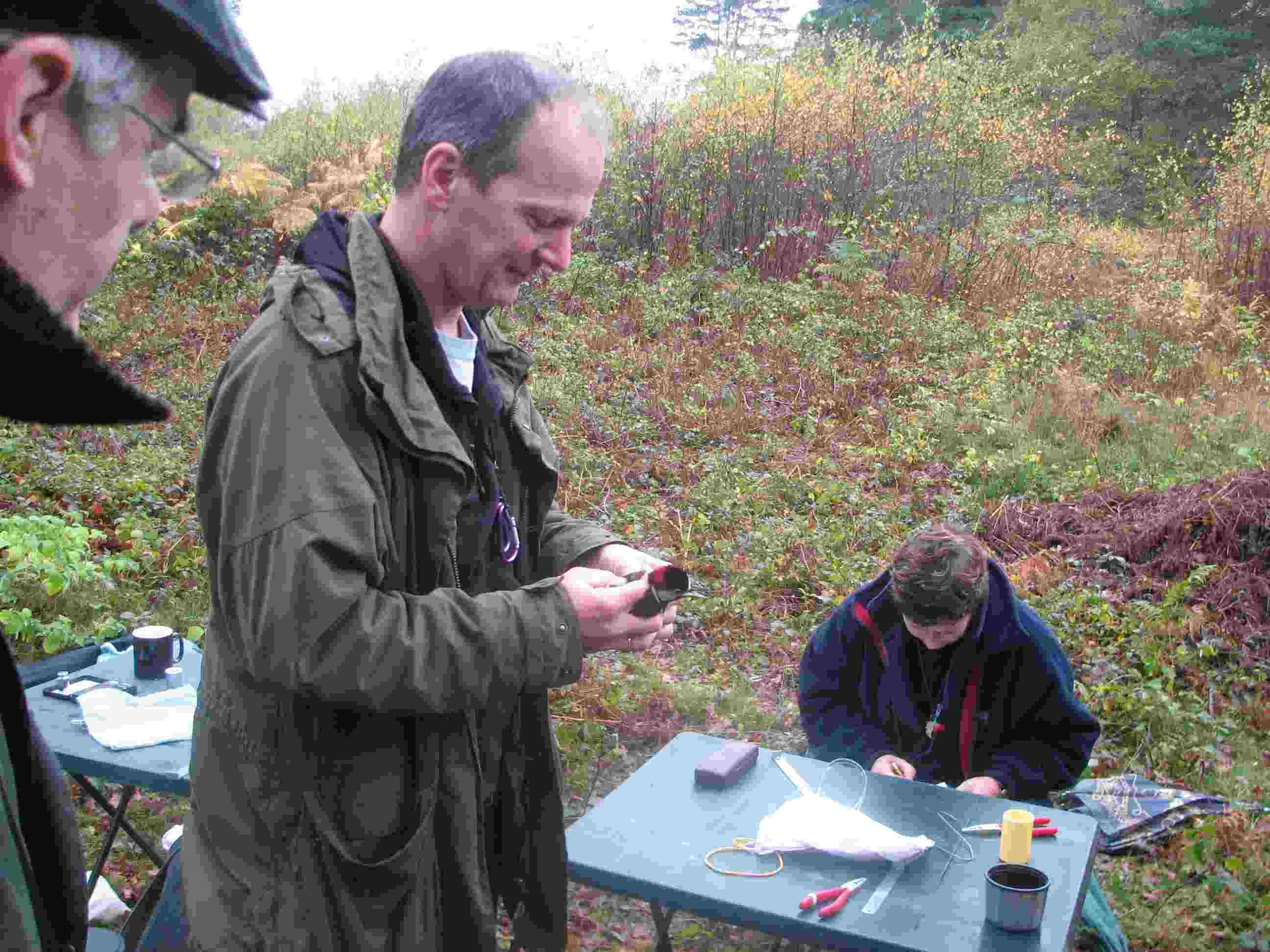 Tim Ball and Karen with a Great Spotted Woodpecker 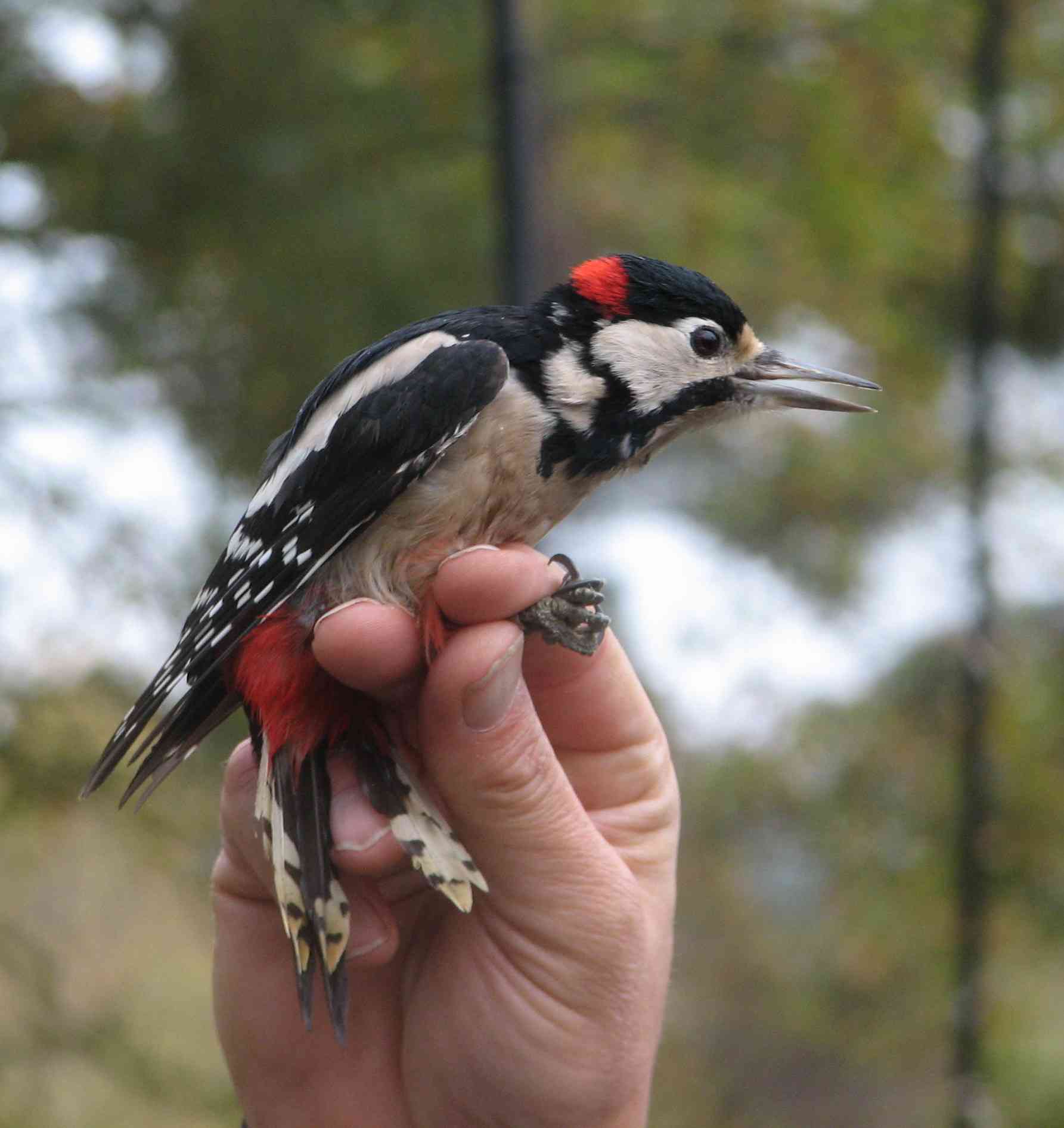 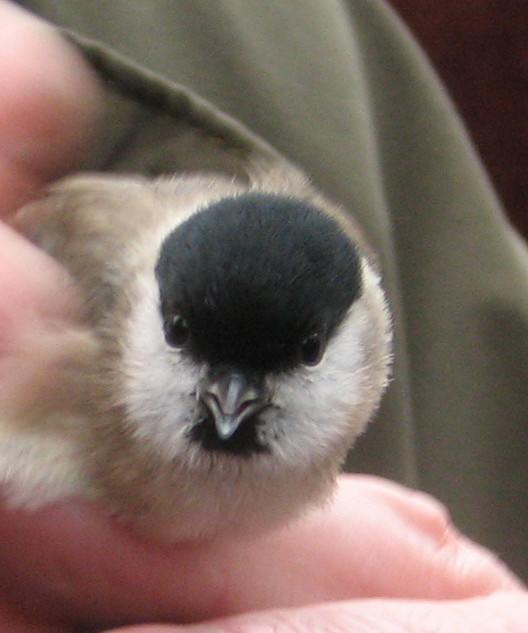