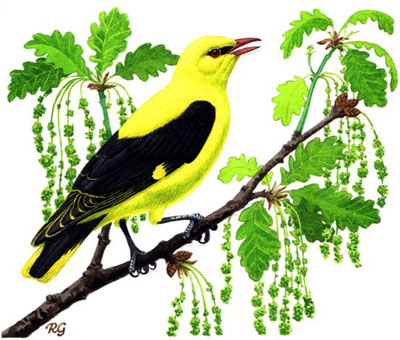 The exquisite painting by Robert Gillmor of the star bird of 2002 sold last night to Brian Bennet, the finder of the bird, for a handsome sum of £251.


Brian commented that he felt the bird was very special to him having found it in Clayfield Copse, Caversham. It stayed for only 24 hours but he was able to alert many local birders who managed to see this very rare visitor to Berkshire.


Robert Gillmor donated the painting, from which the cover of the 2002 Report was produced, to raise funds towards future Reports. Our sincere thanks go to Robert and Brian for their generosity and support of the ROC.