On the evening of March 9th almost 70 members and guests gathered at Caversham Heath Golf Club to celebrate the 60th anniversary of the Club.

After a very good dinner (and the odd glass of wine) everybody was suitably entertained by a typically witty speech by Jeremy Greenwood (BTO Chairman), followed by some words of thanks to various officers of the Club by Chairman Neil Bucknell. At this stage Robert Gillmor was charged with presenting very well deserved awards to Phil & Carole White, Brian Uttley and Peter Standley for the many and various services they have performed for the Club and to the birds and birdwatching in Berkshire over many years (probably more than they would care to remember). Then, after a pleasant chat over a cup of coffee, goodnights and farewells were said and a very enjoyable evening came to an end. 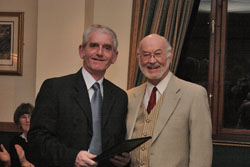 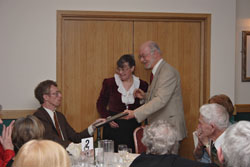 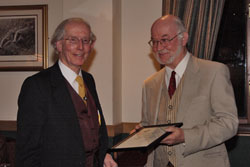 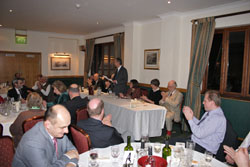