The flooded former gravel workings in the Kennet valley running over four miles from south west Reading to Sulhampstead form one of the most important wildlife areas in Berkshire. The area has attracted some of the county’s rarest birds and the largest gatherings of many commoner species. The combined area includes breeding sites for locally scarce birds, including Gadwall, Little Egret, Oystercatcher, Ringed Plover, Little Ringed Plover, Redshank, Cetti’s Warbler and Nightingale. There is a substantial wintering population of wildfowl, including hundreds of Tufted Duck, Gadwall and Wigeon.  Hosehill Lake was developed as a nature reserve by the Theale Area Bird Conservation Group and is now managed by BBOWT.

Access: Small area for five cars between the lakes along Deans Copse Road (SU 651 698) or park in adjacent Fox and Hounds car park, after seeking permission. For Main Pit only, use the sailing club car park (SU 650 704). For Burghfield Gravel Pits, park just inside Water Ski entrance (SU 670 703), or in the small lay-by on the east side of Searles Farm Lane near its junction with Berrys Lane (SU 685 700). Refer to Where to Watch Birds in Thames Valley (Clews and Trodd, 2002) for more details of surrounding lakes.
Facilities: refreshments (and hence patrons’ toilet facilities) are available at the Fox and Hounds pub opposite Hosehill Lake or the Cunning Man opposite the junction between Pingewood Lane and Burghfield Road.

Summer: On Hosehill Lake, breeding Common Terns can be found on rafts, waders such as Redshank, Dunlin, Oystercatcher, Little Ringed and Ringed Plovers, Sedge and Reed Warblers, and Reed Buntings are plentiful. The marginal scrub around the Theale and Burghfield pits hosts the commoner warbler species and is the main area in Berkshire for Nightingale. 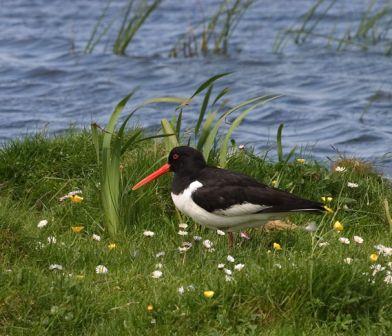 Winter: All of the commoner wildfowl, winter thrushes and Siskin, occasional Bittern, scarcer wildfowl, grebes and occasionally divers on Main Pit. Many thousands of gulls use Main Pit and Moatlands to roost.

Spring/Autumn passage: A significant passage of gulls, terns, wading birds and passerines, with the possibility of Osprey, Garganey, Turtle Dove and Grasshopper Warbler. Large numbers of Swifts and hirundines often congregate and Hobbies are frequent. 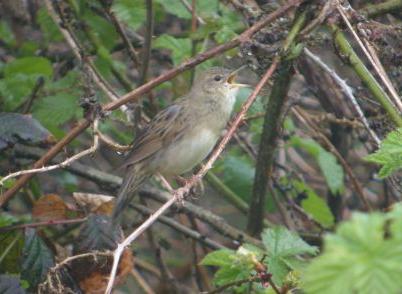