The Jubilee River, a 11 km flood relief channel, was constructed in the 1990s and completed in 2002 to divert Thames floodwaters away from Windsor and Maidenhead. In one particular area, known as Dorney Wetlands, the channel was widened and designed as a wildlife refuge with reedbeds, scrapes and islands, new plantations, scrub and grassland, providing a wide range of habitats. The meadows towards Eton Wick, when flooded, may hold large numbers of waders and wildfowl. The sludge beds on Slough sewage works to the north of the river , which can only be seen distantly, attract many species of waders on passage. 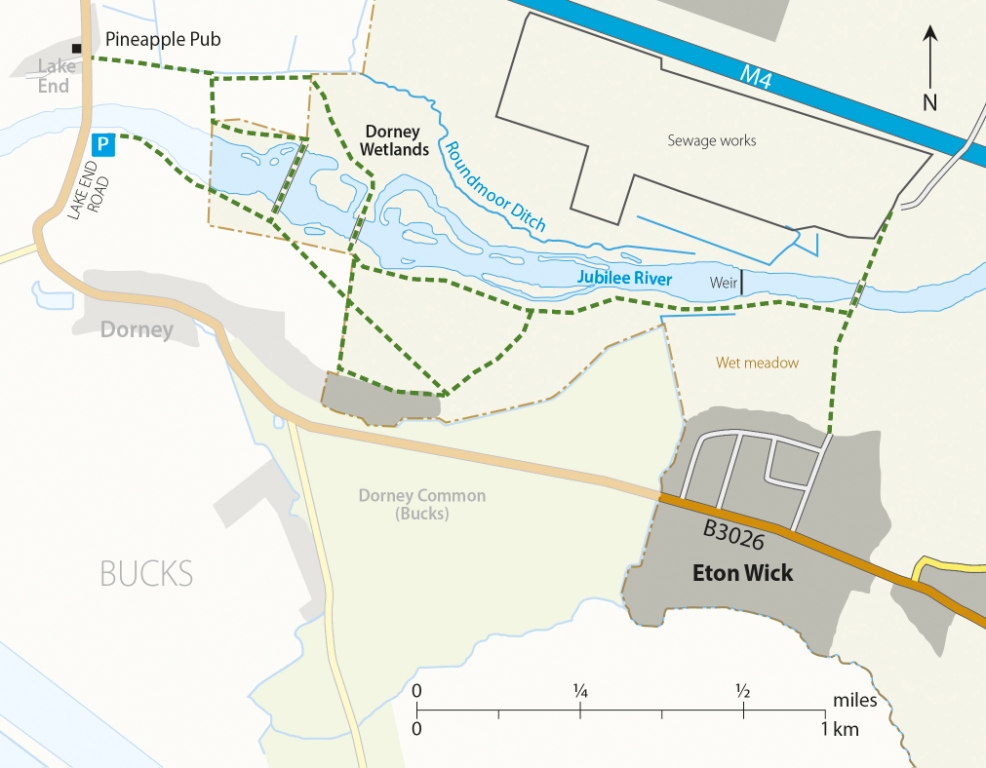 Winter: All of the commoner wildfowl and occasionally scarcer species such as White-fronted Geese, Scaup, Common Scoter, Smew. Lapwing, Snipe and Jack Snipe, up to 2000 Golden Plover. The commoner gull species and sometimes Mediterranean Gull.  Bearded Tits have been recorded in some years.