The BOC supports installation of nest boxes (a) for species of conservation concern where availability of nest sites may be a factor limiting their abundance; (b) to help develop an interest in birds and their conservation.

The Conservation Fund has contributed to boxes for Barn Owls across the County, which have probably been an important factor in their three-fold increase in Berkshire between 1989 and 2011. Boxes for woodland passerine species have been installed at numerous sites, including Basildon Park and Jealott’s Hill. Peregrine breeding platforms have been installed in Bracknell and Newbury.

The BOC’s Swift box programme started in 2018 and so far (Spring 2022) it has provided 125 boxes that have been installed across the county, most of them built by volunteer carpenter Bob Hulley. Enthusiastic Swift champions have encouraged many householders to install boxes and several Swift streets with clusters of boxes have been set up. We are particularly grateful to Ailsa Claybourn, who has promoted this programme widely and to Reading Borough Council and SSE who have assisted in installing boxes in some of our Swift streets: Crescent Road, Theale and Hamilton Road, east Reading.

Swifts are colonial birds and are more likely to adopt a box near to a site already occupied.   If you are lucky enough to have had a box occupied in the last few years, and you have space for more boxes, please contact  conservation@berksoc.org.uk for more information.. We have a just a few boxes left.

To encourage Swifts to the boxes, it is helpful to play their calls near to an unoccupied box: when they are arriving (late April/early May) and again in July prior to departure. For calls and playback click here.

Tree Sparrows have been lost to Berkshire as breeding birds. The last confirmed breeding recorded was in 1996, though there have been a few winter records up to 2011. Starting in October 2014, the Club initiated an attempt to recover Tree Sparrows, drawing on the success of projects in Oxfordshire and Wiltshire. The project involves feeding grain (millet is preferred) from October to April to attract any remnant or dispersing Tree Sparrows. With the co-operation of the landowners, breeding stations have been set up at four locations where Tree Sparrows have most recently been seen, Theale, Sonning, Remenham and Jealott’s Hill, and at Beale Park. If Tree Sparrows are found, feeding will be continued all year and nest-boxes will be provided nearby.

The recently closed gravel workings along the R. Kennet at Padworth Lane is one of the most bird species rich sites in Berkshire. It comprises a 30 hectare lake with gravel beaches and 10 hectares of flooded woodland.  Breeding species include Shelduck, Pochard, Water Rail and Little Ringed Plover and a wide range of wildfowl winter.  The BOC is discussing with the owners, the gravel extractor and West Berkshire Council how the site might be established as a nature reserve. An outline management plan has been drafted and is available for comment.  For the project to be successful, we will need a team of local volunteers to manage the site: if you can help or if you have comments please contact: conservation@berksoc.org.uk. 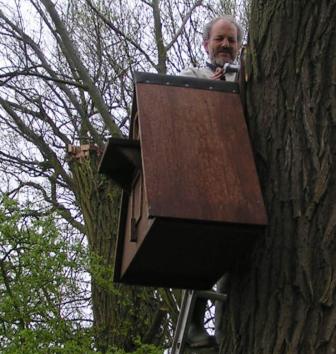 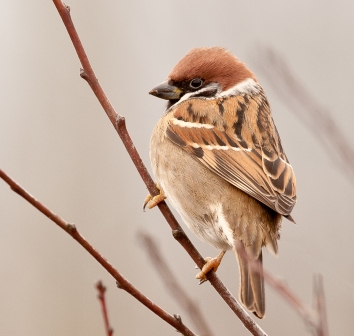 One of the last tree sparrows seen in Berkshire at Jealott's Hill. Dave Bartlett, February 2011 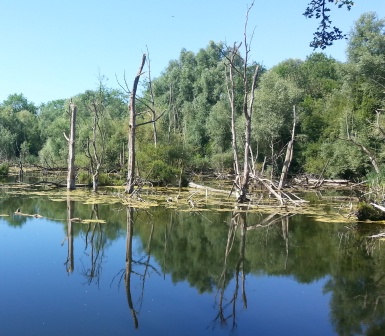